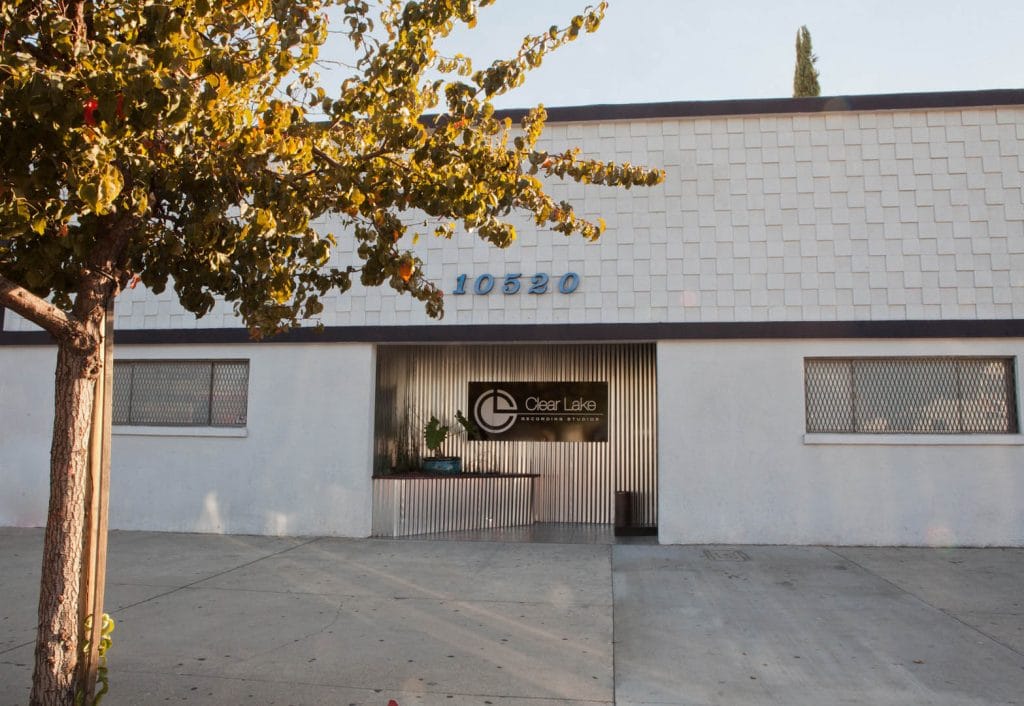 Clear Lake Recording Studios has been recording great music in the same North Hollywood location since 1987. Studio A was the first room to be completed and has remained the premier room at Clear Lake. Original owner, Brian Levi, enlisted George Augspberger, the famed acoustician, to design and tune the studio. The live room was designed to make drums and other acoustic instruments sound huge, but also allow for the flexibility in ambience that many other instruments require. The control room was designed to be spacious and comfortable while maintaining incredibly accurate acoustics. The Trident 80B console was selected as the console most suited as the center piece for a great tracking room. Studio B was built in 1992 and Studio C in 2000. They accommodate longer term projects.

Clear Lake's current owner, Eric Milos, embarked on a complete overhaul in 2012 that resulted in the construction of studio D, and an overhaul of Studio A's equipment and aesthetic. Every corner of the studio has been remodeled and enhanced including brand new indoor and outdoor lounges. In 2015 Studio B was converted from a long term lock out space to a fully featured overdub and 5.1 mix room. Starting in 2016 Clear Lake began to drastically increase our backline collection so artists are able to record with top of the line instruments and amplifiers. Looking toward the future Clear Lake is always updating the studio's look and capabilities to stay ahead of the ever-evolving recording industry.